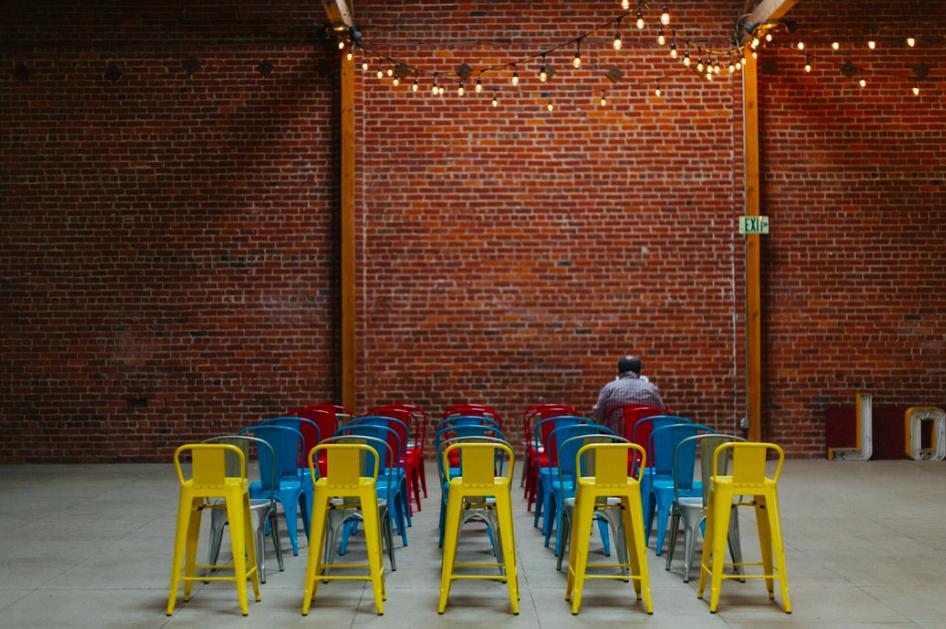 A list of global and nationwide cancellations for live music events is one we haven’t been the most excited about putting our hands to in these strange and uncertain times. And with Sundays announcement for all inessential businesses and gathering to pause and close their doors, things have been escalating quickly.

Though we’ve witnessed our beloved live music industry come to a crashing halt in just a matter of months during the COVID-19 pandemic, we know we shall rock again. And many acts hold the same hope as they still aim to postpone instead of outright cancel their gigs for the year.

Pitch festival in Victoria was the last of the big one’s we’ll see, so keep these fond memories going till after August, as states have started going into lock-down in response to government advice to halt non-essential mass-gatherings.

Alongside events already scrapped, we’ll give a shout out to the Bushfire Relief Concert, Queensland’s CMC Rock Festival, Robbie Williams headliner for the F1 and Download festival. We’re also going to celebrate the 20 amazing Aussie artists who were meant to venture to SXSW for their overseas debut, while the Sound Australia’s first live stream for ‘3 For The Stream’ was also cancelled. If you haven’t looked them up yet, then check out their website and get to know our aussie artists.

*Cue RiRi’s ‘please don’t stop the music’ for dramatic effect while scrolling the most buzzkill list we’ve ever had the displeasure of writing.

Our favourite solstice event has closed its unholy gates for its 11 – 22 June festivities. Though we do applaud David Walsh for his honest and unflinching statement regarding the crisis and its effect on festivals such as theirs, have a read on their website. It starts a Shakespeare quote from Henry V.

But definitely, feel free to fill up your bathtubs with ice and reenact the solstice swim at home. Headliners Bon Iver are still to do their separate shows. *At this stage*, though they were the headline act for Dark Mofo, Bon Iver will still play their scheduled shows on Friday 12 and Saturday 13 June.

Director Peter Walsh has already confirmed for next years date and took a positive approach, stating that “we will come out of this stronger than ever,” though was shattered to cancel for the first time in 30 years with one of their proudest lineups to date – with punk legend Patti Smith, Crowded house and Alanis Morissette as headliners

All Moo dates over April and May have been cancelled while next year’s edition has already been announced. Ticket Holders will have the option of a refund or to hold them for 2021, otherwise are encouraged to donate to causes supporting artists and small businesses at this time.

The emo-pop rockers cancelled from Download festival, also cancelled the rest of their headline dates in Brisbane, Adelaide and Fremantle the last two weeks of March.

The April 4 date for Melbourne had to shut it down after major headliners the Preatures and I Know Leopard pulled out due to the Corona-virus lockdowns.

The VIC festival set for March 27 will issue refunds for its ticket holders, giving a miss to the fabulous Donny Benet and Frankie Cosmos.

Following the Australian Governments issued guidelines for mass gatherings, the event was cancelled for late May dates.

The all time American Jamsters have cancelled their Australian tour and Bluesfest appearance, which was supposed to be among their first in almost 7 years. Refunds to be issued.

The rapper from Sydney was set to start a four date tour but pulled the plug for the end of March.

Tasi punk rockers were to be accompanied by Moaning lisa and Kat Edwards and being joined by American band Drug Church for their capital city tour in May.

The world-class Melbourne International Jazz Festival was cancelled for 2020, telling ticket holders that refunds would be issued.

“We share the disappointment of our audience and our artists that this decision had to be made – but feel it’s the right one. The cancellation of so many events has a devastating impact on so many artists at all levels and cannot be overstated.” CEO Hadley Agrez stated on their website.

The Sydney edition of FastForward 2020

The large scale industry event was set to go for the end of April but had to cancel it’s fifth edition.

“Following large scale event cancellations in Australia, and around the world, we’re sad to say that FastForward will not be taking place in Sydney in April,” Founder,Chris Carey explained on their website.

Queensland alt-pop kids were enjoying the success of a sold out tour, but have cancelled all shows scheduled for April. All bundles and tickets to be refunded by the band.

Our blues buddy, Cedric Burnside cancelled the remainder of his four shows to show respect for the non-essential gathering rules around Australia. Refunds are also to be issued to his fans.

Brisbane indie-rockers Screamfeeder have been forced to cancel their forthcoming Take You Apart tour, which was to take place through May. Tickets will be refunded automatically and the band will be in touch with anyone who ordered bundles.

The massive Australasian event has canceled its six-date arena tour in Australia and New Zealand. With a lineup featuring the Pussycat Dolls, Steps, Jesse McCartney, Smash Mouth and more.

Splendour In The Grass – October

Flume, The Strokes, Tyler, the Creator have confirmed they will make it back to headline the new dates.

The 35th annual Barunga Festival will take a pause from its normal June date to let things die down. “We hope that postponing the festival continues to keep our remote communities safe, while still providing an opportunity for everyone to come together once everything is more controlled,” organisers said.

Pixies have postponed the rest of their Australian tour after playing Golden Plains and two other sold out Melbourne shows. They’ve told fans to hold on to their tickets as they’ll be back later this year to make up for it.

The relentless Melbourne rockers postponed their sold out shows for Melbourne and Frankston but told fans to hold onto tickets and they will be valid for the new dates, or a refund could be issued on Oztix.

Both The National featuring support by Cali-born indie rocker, Phoebe Bridgers will now be in Australia this December after cancelling their shows starting from late March.

Violent Femmes will now wait til November to start their full Australian tour.

City And Colour’s 18th Australian return in April for sold out shows and feature sets at Splendour in the Grass and Bluesfest have been postponed for future dates. The beloved Dallas Green stated “I have always appreciated how welcoming you’ve been to me and I love Australia like it’s my home away from home. Your well-being is top priority.”

While the Manly edition was cancelled, new options for the other three events are in the works.

The Darwin festival will keep tickets valid for the new dates or issue refunds via Moshtix.

Hunter Valley’s annual festival will collaborate with Dashville Skyline for a joint event. Ticket Holders have been contacted for new event details.

Hot Dub Time Machine, slings grape juice accompanied by live music in a wine tour style event for winery shows across Australia. The line-up will feature The Jungle Giants and The Naked And Famous.

Preceded by the cancellation of Groovin the Moo, Supergrass have postponed the rest of their shows across Australia.

A cute benefit for climate change, on the 14th March will be reorganised for a future date in Sydney.

The trio of bands will postpone their Aussie tour till next year.

The sold out event will set new dates for October, with headliners Hilltop Hoods, Alison Wonderland.

The best day of the year will just be a little later. The gang from the Australian Music Retailers Association would still like to honor indie record stores while honoring social-distancing on April 18.

The Canadian pop icon postponed her forthcoming tour of Australia, though hasn’t announced new dates yet. Morissette took to twitter to emphasize that everyone’s health and safety was the first priority and urged fans to hold on to their tickets as new show dates would be arranged for later in the year.

Aussie rockers The Rubens put their huge tour on hold but encouraged fans to consider holding on to tickets for the sake of the industry.

“Holding on to your ticket keeps funds in the industry, which in turn helps keep it afloat until things are back to normal. When new dates are announced you’ll have the opportunity to refund if you can’t make it,” the group stated on social media.

The Melbourne band have rescheduled their ‘Race Car Blues’ shows for October.

The Vanns have told fans that they will announce new dates for their Red Eye tour this week, cancelling all April shows.

Events still on the hook

While they’ve cancelled their Bonnaroo performance, we’re still waiting to see what our beloved homemade, world-class legends do about their April arena tour homecoming.

In their first headline show in almost 20 years, Faith No More to be in Australia for May dates but news of any changes has not been communicated as of yet.

The heavy metal band was set for May dates in Australia but has not confirmed whether they will commence their down under shows.

After putting a hold on ticket sales, as the band has postponed all world tour dates ahead but hasn’t offered any information on the scheduled shows.

As for the rest of the world

The California desert festival was postponed till October this year, with headliners Frank Ocean, Travis Scott and Rage Against the Machine were set to play in Indio from dates April 10–12 and April 17–19.

The massive California equivalent of Coachella for country music will reschedule for the end of October, honouring all ticket sales till then. Headliners include Carrie Underwood, Thomas Rhett and favourites like Billy Ray Cyrus and Alan Jackson.

The four day event in Tennessee will be rescheduled from mid-June to the end of September. With massive headliners including Flume, Lana del Rey, Lizzo, Tool and Tame Impala

The biggest contemporary arts and music festival in the UK/the world has been cancelled for its 50th anniversary instead of setting an alternate date. This year would have had Kendrick Lamar, Sir Paul McCartney and Diana Ross doing the Sunday Legends teatime slot.

The 65th edition based in Rotterdam, from May 12-16, with world broadcast has been cancelled for the first time since it started in 1956. Though the universally inclusive show will still attempt to showcase a feature of the competing artists by hosting their music in alternative broadcasts.

We’d deviate into the major tour postponements from The Rolling Stones, Madonna, Elton John and the likes but we’ll be here all day.

Muso will keep you in the loop with more live music updates as they come but in the meantime, we want to offer all the support we can to the music community over this time of lunacy. Stay safe, and stay creative. Check out some of our other articles on the Muso blog or take the time to become a participating artist. If you need some inspiration or a giggle during this social-distancing a.k.a mandatory netflix and chill time.