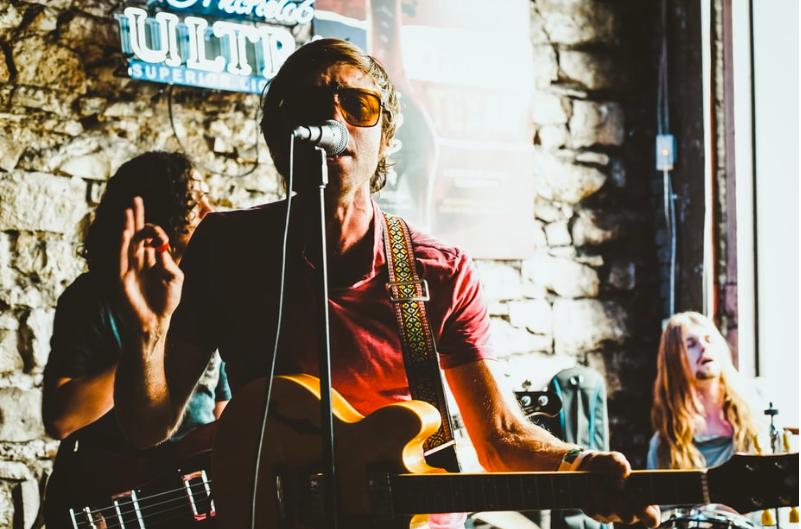 In a current world of unrest/forced rest, 2020 has spun our fast-paced music industry, flipped it on it’s head and put it in luxe loungewear. The live music scene was booming, the airwaves were saturated with endless talent, and the fluid and ever-changing definition of success was something that musicians were racing to keep up with.

Times, they are a’changin’, but one thing’s for sure, if you’re in the middle of your epic success story and the roads seem to have dropped away all together, trust in the way music will keep evolving to create new paths for you to reach your goals.

Here’s a handful of things we’ve learned in 2020 about the journey to success.

It only takes ten years to be an overnight success, or one TikTok to go viral

What made a successful musician 20 years ago is very different in 2020. Some of you will make it online with your first viral hit long before you’ve even stepped onto the big stage.

Some of you were veterans in the game, just minding your business and enjoying the ride, until boom! The world caught up to your talent and plummeted you into the spotlight because you’re chill like that (hello Charles Bradley).

Then there’s the rise and fall then rise kind of journey, like being runner up on Australian idol, feeling like that success was the biggest mistake of your career and then having a nation fall in love with the real you after your striking studio performance of ‘brother’ on ‘like a version’. Matt Corby had us all pulling our cars over to the side of the road to have a little sob before work because we weren’t ready, and by that time in his career he was ready to give up.

Each of these stories happened in an instant, of many instances, no matter how long it takes, or how quickly it comes, you cannot predict the exact moment which will be yours.

The music don’t stop, won’t stop… will definitely never ever stop… and neither will you.

Give us a pandemic that results in emptying our venues, turning the lights out, and shutting the doors, and we’ll still be out here! After a sudden halt which resulted in me having to write the most anxiety-inducing list of major gig cancellations for 2020, including major festivals that had never closed their doors since they day they were born, we were plummeted into a world of uncertainty, chilling silence on the streets and anticipating the inevitable crash from the day we suspected that live music had died.

But then someone turned up the internet, and we were back online, in a cool way.

As suddenly as we realised that instagram live could be used for viewing intimate performances from our favourite bands, not just videos of our drunk friends that may have warmed our hearts but not our ears.

We didn’t foresee the pandemic’s helping hand in bringing a participatory allegiance between fan and artist. Our hopes were revived when we realised we could connect in a way that we assumed only came from attending live performances. Honestly, all DJ sets should be broadcast this way, because for once you can actually witness the technical skills behind the mixing.

Thanks to Pacific Avenue’s beautiful collaborative cover of ‘Cocoon’ by Catfish and the Bottlemen which featured Jimmy Vann from the VANNS, I was led to a beautiful backyard version of Joji’s ‘Run’. I might generally have missed this side of them if I saw them live, but I felt the additional effort by bands to perform in their natural environment a.k.a lounge rooms holding a beer while jamming with their mates, highlighted their super genuine sound and grassroots persona. I felt like I was there with them, sitting in the corner in my giant hoodie, eating a bowl of cereal at 5pm, watching them play.

The world needs more of this.

Shout out to the stream team, sorry we doubted you

Remember that time online streaming saved the music industry from total CD ripping and file sharing disruption? This generally signalled a decline into… well a new music sale structure for independent artists resulting in minimal returns from sharing their music. We weren’t too optimistic about the future of this structure, but since there’s been such a shift this year, things may change sooner than we think.

Since our current music-listening model is fully reliant on streaming to keep the wheels of music-sharing turning, the ‘promotional only’ feature of online streaming collided beautifully with the highly profitable playlist culture. The monumental participation level from audiences who’ve taken entertainment into their own hands in 2020 by adapting music to soundtrack their Tik Tok’s, fuel days in isolation and basically stay sane, means more quality time spent searching for tunes, and higher chances of discovery of emerging artists.

Music is in constant metamorphosis and so is success

As you grow, your definition of success changes, just like genres evolve and the way we consume music changes through time. One day you’re planning your first 6 month tour or you’re ready to get out of the studio and start playing live again, and then the whole world goes into lockdown, your tour is cancelled and you’re back in the studio working on music instead.

If our music journey can change in an instant, it makes sense that we shouldn’t get so attached to a particular plan or checklist for success. Your journey is unique, I could give you inspiration from a thousand different artist trajectories to success, but the only thing they’ve really got in common is that they’re all different. All we can do is work with what we have now, throw a bit of caution to the wind and go for it.

Success for me today is getting out of bed before noon, writing some song lyrics and finishing a poem I’m writing for my grandma’s 90th birthday. Success for me 6 months ago was planning DJ gigs across Australia and immersing myself in the live music scene of a new city.

Ultimately, we are responsible for our own success… especially when the world stops

This year’s heartwarming story of 10 year old Nandi Bushell challenging Dave Grohl to a drum off has become an ongoing battle of awesomeness, with both of them writing original songs for each other shows us that you create your own magic.

If you can do two impossible things before breakfast, what can you do by the end of 2020?

So streaming is lit, playlists are profitable, artist and fan engagement has reached more intimate levels than playing live, which in turn has divulged into a whole new fan-artist culture. A Nandi vs. Dave Grohl virtual battle exists and all the while music listening continues to reach new heights.

If you don’t need to be young, extroverted, or on tour to make your mark then I guess there’s nothing in the world that can stop a true musician from pursuing their craft. Not even 2020.