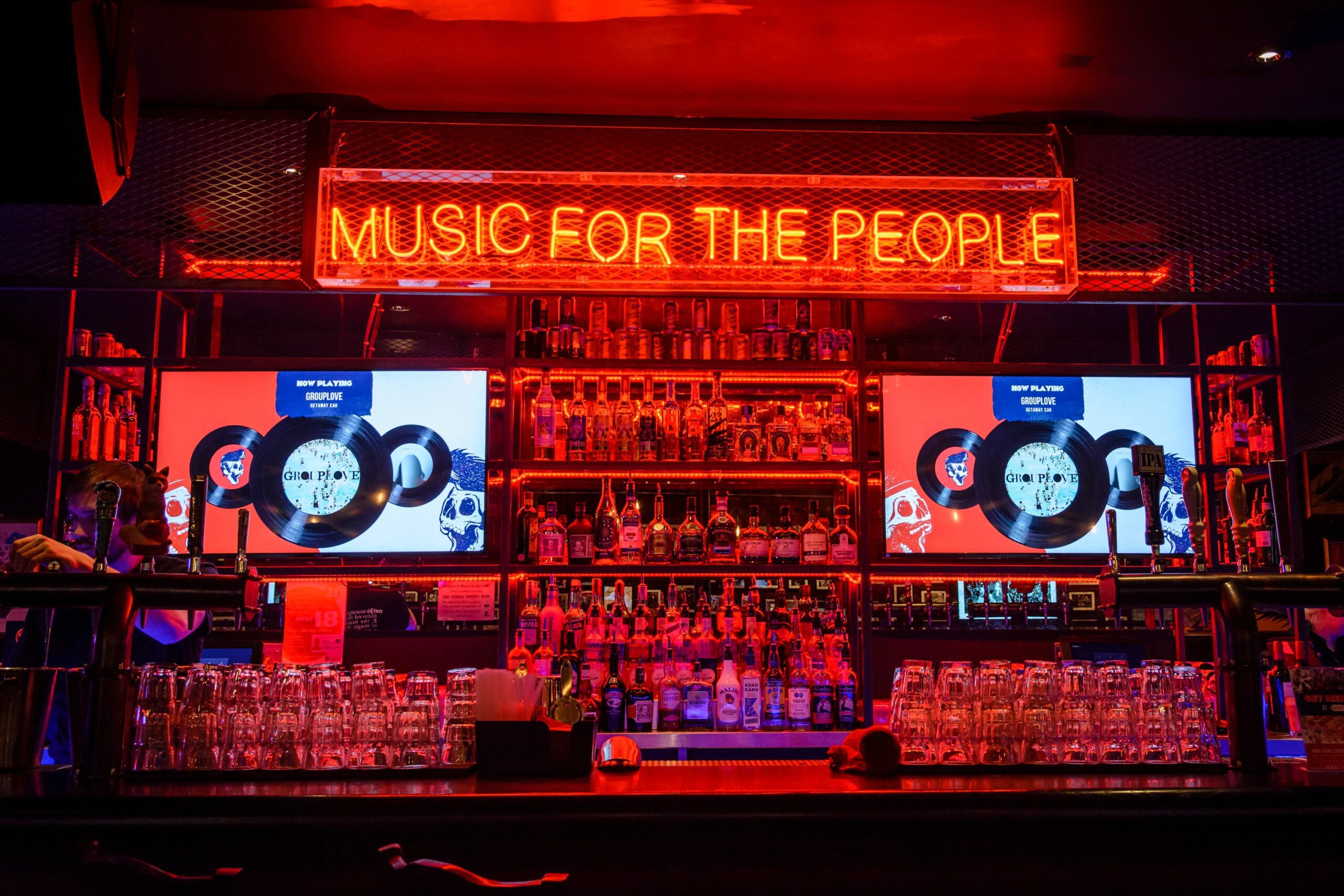 When running a venue, the curation of live and recorded music is the main factor in how you set the vibe and connect with your customers as they walk through the doors. The classic music genres still remain a number one choice for our customers, and our most timeless live music venues.

As music is just one of the many influences of global trends, folk, jazz and rock are among the popular genres that remain timeless within the industry. Despite the vast range of sub-genres, the coexistence of all flows through from mainstream media into our small live music businesses and the lives of our local music industry. Influencing the latest upcoming musicians, the grassroots industry plays a crucial role in developing genre trends.

Breaking down the genres and why they are so popular can help navigate what you choose for your venue and what it will be known for. Although, conforming to one genre may not always be the best-case scenario, venues can curate their music for the week, based on energy and atmosphere.

The progression of folk & its prominence in society

The popularity of folk music has been growing since the 1950s, but did not hit the global industry quite as well as other genres of music. Stuck within a grassroots category, folk music does not need the global popularity to be commonly enjoyed and thoroughly supported by the local music industry.

The history of folk and its importance in the industry

As a genre that is commonly played within pubs, folk music is a genre for the people that creates a link to the community and its socio-political environment in similar ways that the punk movement did in the ‘80s. This is by musicians using their music to speak about issues relevant to the current time, as the wave of folk popularity has ebbed and flowed throughout the decades. From Bob Dylan to Leonard Cohen and more recently Bon Iver and The Lumineers, there are large-scale artists who continue to pave the way and keep folk relevant for smaller musicians still cutting their teeth within the industry.

As society continues to face many challenges, folk music holds that importance within the music industry at a grassroots level. As the intimacy of local performance allows the audience to connect with the artists, the messages are received and create critical thinking and analytic conversation about what was conveyed in the music.

Despite not being as popular as other genres, folk still draws a crowd to venues. Due to its easy listening, the genre creates a soft atmosphere that allows the audience to escape the real world with its softer instrumentals, whilst still tackling those real-world issues.

The “happy” genre of jazz

Described as being “light”, jazz holds quite a large following of people, allowing it to hold a place within popular music. As a universal genre that can be used across restaurants for background music to dedicated venues hosting jazz nights. The spontaneity of jazz can make for an interesting performance as you have musicians that will stick to classic tunes and be quite uniform, while others will play their own compositions or even just improvise on the day.

With its rich history of creation in New Orleans, jazz music was made purely for emotional release as the genre was developed from the roots of its counterpart genre; the blues. Created during slavery in the United States, blues was a way of expressing and investigating heavier emotions in a healthy and enjoyable way. With the need for happier music to balance with the blues, jazz was created with its fast tempo and sporadic beat, the inquisition of what comes next keeps the listener intrigued and invested.

The preference in live jazz venues

A 2019 study conducted in London recorded that although large performances are enjoyed to see internationally famous jazz musicians, a smaller show was preferred. This is due to the intimacy of the show that becomes more engaging and enjoyable for the audience.

When hosting jazz music at a venue, it is important that the relationship between the musician and the consumer has a respectful balance. Navigated by the venue, this can be done by a considered floor plan, as many jazz venues host a sit-down event. Allowing enough space between the musicians and punters may allow that barrier to allow the band to improvise and experiment, whilst giving the audience the desired intimate performance.

The versatility of rock

Emerging in the 1950s, rock music is continuously changing with new subgenres always being added to the catalogue. From classic rock to pop-rock and indie rock, Rock’n’Roll is a very versatile umbrella of music that always shares an audience.

Dominating the music charts for decades, rock is still the music genre that fans pay the most to see. Rock holds a strong influence on many upcoming artists as the resurgence of old rock classics only become more frequent in our media coming out of the 2010s. Queen, Nirvana and Fleetwood Mac are only rising in popularity as the years go by and still hold great value within the music industry. This can sit synonymous with other industries that pave cultural trends due to the renewed popularity of the 70s and 90s within fashion and film.

Aside from the important role that social media has within the music industry currently, many, if not all popular rock bands have started playing at their local pubs and bars. Working their way up the ladder with the hopes to hit the global industry, grassroots venues have always been the backbone for providing musicians with a starting landscape to only increase to larger capacity venues.

How have grassroots venues provided support for rock bands?

The Arctic Monkeys are one of the many recent bands that have hit this success through gigging at local venues before hitting the global industry. Starting out at The Grapes pub in Sheffield, the indie rock band were influenced by other rock greats The Libertines and The Strokes.

More recently, the Australian alternative/indie rock band Selfish Sons have started to hit the global industry playing at Sunfest to over 20,000 people in the US. As the band defined their art playing in their local music scene in Brisbane, popularity grew as did their capacities whilst selling out shows in the local venues. Moving onto national tours and recently finishing a stint within the US, the steady growth of the band is continued to be supported by the grassroots industry and their fans.

Rock-based venues share a gritty vibe, leant into not just by the music but the atmosphere of furniture and decor. Reminiscent of growing up with the rock hits of the 70s, 80s, and 90s from their parents, the genre provides the comfort of allowing your customers to be themselves whilst exploring and supporting their local musicians. Whether patrons are looking to dance or sit with a pint in their hand, many people gravitate towards rock music due to its fast-paced rhythms and catchy hooks.

How to choose the atmosphere for your local music venue

When deciding what kind of music should be played within your venue, it really is the music that brings the atmosphere for that day. Within that, grassroots venues do not have to stick to a specific genre as all genres have great impacts on music in different ways. In the chaotic world that we live in, classic genres including folk, jazz and rock all play vital parts in the grassroots environment through to larger-scale performances.

Reflecting on the different types of genres popular currently, as well as the interest from local musicians themselves to play at the venue can create a schedule for what will be hosted. Whether it is Jazz on a Thursday night for dinner entertainment, a heavy rock show to throw away the week’s worries, or a soft Sunday session with some friends with folk entertainment, providing a landscape for many genres can be beneficial. As a multifaceted venue, this can expand the audience that may appear for more than one gig. Whether out of interest to explore new genres or pure enjoyment of the establishment itself, venues will quickly identify what works for the venue and what does not out of trial and error.

Local live music venues provide an environment not only for the musicians to be heard but for patrons to escape. Providing a space that many people can escape to allows for all parties involved to grow.