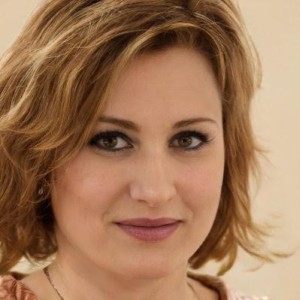 Playing live music can sometimes require the artist to obtain a music license, especially in situations where you are playing another artist’s original work. There is so much to know when it comes to music copyright laws in the industry, and you can get into trouble if you don’t understand how the process works.

But have no fear! We have constructed a handy guide to help you when playing live music revolving around the public performance license. It is one of the more common license types, and your knowledge of how it works will aid you in knowing when and how to get it.

What is a public performance license?

Suppose a grassroots artist who is the person other than the original author or publisher of the music wants to use a copyrighted work in a particular way, such as when sharing copyrighted music on Instagram. In that case, they must seek permission from the copyright holder and obtain the licenses required.

The license is an agreement between whoever plans to use the music and the owner of the copyrighted composition (song). It grants permission to play the song live in a concert setting, play it online, on television, or on the radio. This permission is also called public performance rights, performance rights, and performing rights licenses.

The license permits the third party to exploit and do something with the copyrighted music in exchange for some type of compensation (usually a fee). Typically, a producer, music supervisor, or other creative will want to use the original music for a project, be it a commercial, advertisement, or in the background of a feature film. But, it can be as simple as playing the music over speakers at a place of business or performing the song live, such as at a concert.

There are different types of licenses, but two of the more common types are:

Through a performance license, grassroots musicians and other recording artists can receive royalties – money they get when their music is performed. If your song is played for just one person, it will generate a profit due to the license. The revenue that’s collected is split for the copyright components, between the songwriter and the recording artists (or just one person, if they are the same).

When is a public performing license necessary?

Many pubs and local venues make the big mistake of playing compact discs (people still own them?!) or using their playlists from Amazon Music, Apple Music, or Spotify. They think that whoever plays live music has to worry about licensing.

But – this is not a valid music licensing use, because these licenses are for personal use only. To legally play music in a venue like a bar or a restaurant, you need a public performance license. Public performance encompasses live playing, yes, but it also goes for playing in a public setting of any kind, so the music can be pre-recorded or streamed.

The same goes for playing live music! Live concerts sometimes feature covers of other musicians, so if you plan to perform a cover, you need to ensure you have a public performing license that allows you to play the song in a public venue or setting. Many times, grassroots artists like to get into jam sessions at the bar. You must be careful about covering any well-recognised music to ensure YOU have the cover you need!

Performance licenses are necessary pretty much any time that music is played publicly. Whether it’s streamed, recorded, or live, you need it.

How to obtain a public performing license?

Licensing fees are achieved through Performing Rights Organisations (PROs), or PRs for short, who collect the money on the musician’s behalf and then distribute it accordingly. The license is necessary for every single tdime that someone plays a song in a public setting. The PROs handle music licensing, and any venue or person planning to play the music.

The two most popular Performing Rights locations for getting a proper performing license are BMI, ASCAP, and SESAC.

Playing it safe as a grassroots artist means understanding the ins and outs regarding registering your original works with one of these organisations to ensure that you’re getting due royalties in case someone covers your songs, too! Some ways you can play it safe involve ensuring that whatever songs you choose to perform live are your original works, especially if you know you don’t have a public performing license.

If you like to play covers of other artists, check with one of the organisations or subscribe to gain a membership so you know how much to pay for your license(s). You can purchase the rights yourself and legally perform the songs in a public setting. But remember, the location you play in must also obtain licensing for any song that is covered.

Be safe and understand your music rights

Grassroots musicians and other independent artists likely are working hard to make original music and have themselves heard. There’s a ton of time that goes into your songwriting, composition, and playing. That’s not even to mention the amount of time you need to work to effectively market and network yourself for more visibility to be established in the music business.

Understanding when you need to obtain a public performing license can seem boring and complex. Having a solid reputation as a professional within the music industry, however, means sometimes you have to make yourself familiar with music guidelines and laws. Understanding copyright laws and music licensing is one of the best ways to be useful in the music world, and ensure you don’t end up with a hefty fine!